When I lost Tracy at the age of 15 years to leukaemia, I lost not only my daughter but also my best friend. Tracy’s determination to fight the disease – despite a failed bone marrow transplant – was an overwhelming inspiration. It therefore became extremely important to fulfill Tracy’s wish for something positive to be achieved for others and this resulted in the launch of The Tracy Sollis Laboratory Appeal to raise £100,000 to fund a research laboratory.

Some thought the task too great, but loyal supporters and I never doubted it – we had to do it – and we did! Thanks to magnificent help and support, the target was reached with the laboratory officially opened and dedicated to Tracy by HRH The Duchess of Kent on the 14th May 1996. The laboratory is in the grounds of The Royal Free Hospital, London and is a fitting tribute to all that had helped make this dream become a reality.

Far from flagging as this goal was approached, the support increased with offers of help coming from far afield – how could I possibly turn my back on the gateway to further ambitions that could still be achieved in this united battle against the disease.

The result is the official registration of “The Tracy Sollis Leukaemia Trust” as an independent charity with the aim and objective of promoting and assisting in the prevention and relief of sickness, suffering and distress of those afflicted with leukaemia, particularly but not exclusively by the provision of funded research.

Tracy, like so many other young children and adults, lost a long and brave battle and I am but only one of many parents and families whose lives have been torn apart by the consequences.

Looking back into the 1960’s leukaemia was virtually untreatable, but thanks to progress, many lives can now be saved. There are however, some strains of the disease, which are very difficult to overcome. We can make a difference by working together to provide the urgently needed funds to back our promising young scientists – after all; the lifesaving answer lies in their hands!

Your help is vital and very much appreciated.

Osbornes of Evesham raise £251.00 for The Tracy Sollis Leukaemia Trust! 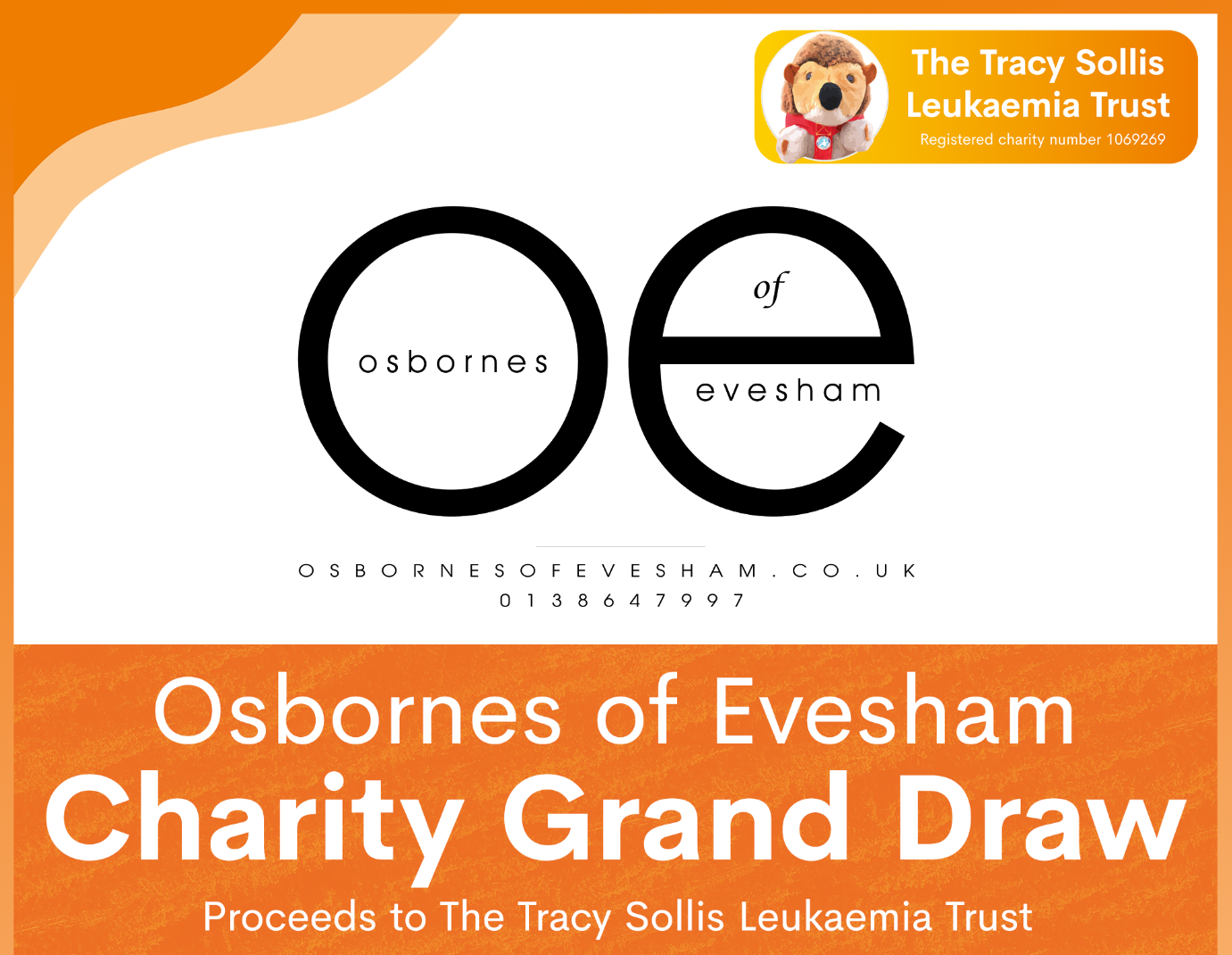 Visit our Charity Shops in Evesham